An example of an application with the Chronect Bionic is the Chronect QUANTOS. In close cooperation with METTLER-TOLEDO GmbH, Jüke Systemtechnik GmbH and Trajan Scientific and Medical, Axel Semrau developed a unique innovation in laboratory automation. In 2018, the application was rewarded with the Application Award in the category Laboratory Technology in Analytics. For the first time, accurate dosing and Quantos weighing technology are integrated into fully automated sample preparation thanks to CHRONECT® and CHRONOS.

CHRONECT® Bionic and the CHRONOS software are the missing link between the QUANTOS dosing & weighing system of METTLER-TOLEDO and XYZ robot systems. The exact required amount of powder is automatically dosed and further processed in the CHRONECT® XYZ robot system.

CHRONECT® Bionic positions 1 to 32 powder dispensing heads in a Quantos Powder Dosing System. The system consists of a Quantos Dosing Module and a balance of METTLER-TOLEDO. CHRONECT® Robotic receives the vial from the XYZ robot system and places it under the dosing head of the balance. The required amount of powder is then weighed fully automatically. The vial is then returned to the CHRONECT® Robotic system for further processing. The entire process is carried out by the CHRONOS software. 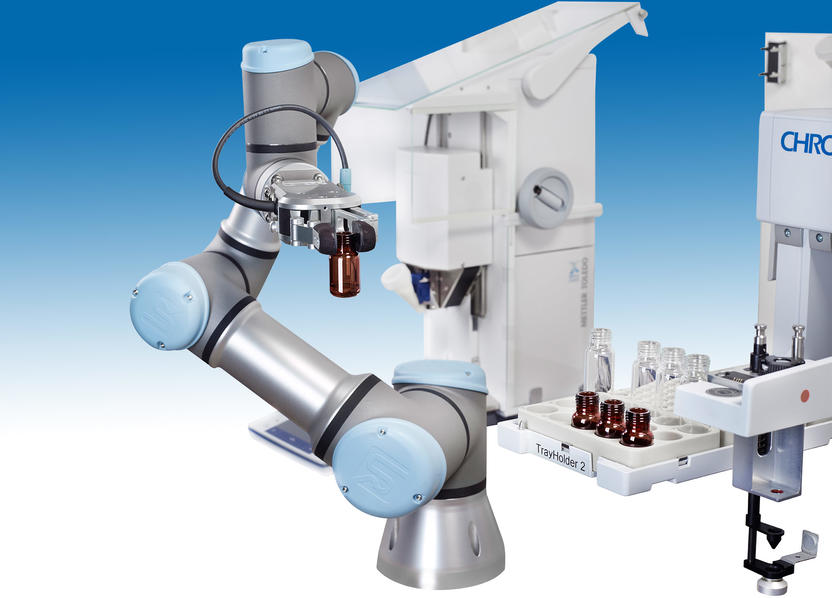